What do you think of refugees?

According to UNHCR, there are 25.9 million refugees around the world.

A refugee is someone who has been forced to flee his or her country because of persecution, war or violence. – UNHCR

This article shows the reality of refugee camp in Malawi. 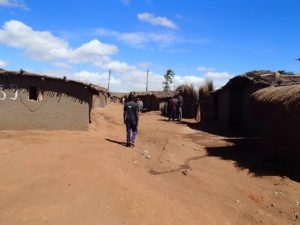 Once again, what do you think of refugees?

Are they dangerous or harmless?

For me, it always depends on people no matter where they are from.

We can’t categorize all refugees in one description, according to my experience in Malawi.

There is a refugee camp somewhere near Lilongwe, capital city of Malawi.

We visited it since our friend was volunteering there. Otherwise we wouldn’t even have known that ordinary people can go there. 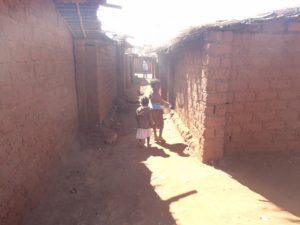 Before visiting the camp, I personally expected refugees to be ignoring us and even swearing to our face but they just welcomed us as any other locals do.

They cheerfully greeted us and showed us around the camp.

Inside of refugee camp

In the center of the camp, there was a borehole water station.

Mothers were busy with washing clothes as the rest of mothers in the world are.

Problems of Protection The UNHCR, Refugees, and Human Rights
created by Rinker

The big difference between mothers in the camp and the rest of the world is that they help each other and chat a lot with neighbours while they wash.

Meanwhile, in my country, especially in big cities, people don’t even know or never see their neighbours.

In the worst case, some elderly people end their lives alone without seeing anybody (we call it Kodokushi). Only postmen could notice their death from newspapers left in the post for weeks. 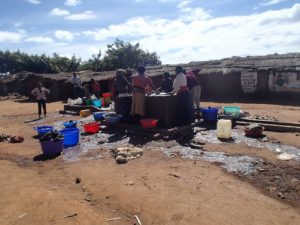 There were many kinds of people, for example, one guy was a mathematics teacher but an internal conflict happened, therefore his family had to run away from their country.

Another lady had a shop but she was also in a similar situation as him. And her and her sisters left the country together.

They didn’t plan to be refugees at all. They had no choices. 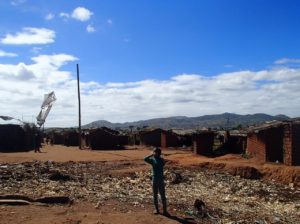 There were not only adults but also many kinds.

Some kids were obviously happy to see foreign visitors, few were afraid of us though. Some kids started following us and showed their toys with pleasure.

I was impressed by a boy playing with a handmade kite. It looked as if he would also fly to where his dream brings him the future.

This photo is one of my favorite. A guitar as a toy itself cannot make a sound but a girl having it so proudly was already making a nice harmony to us.

My teacher at university had said ”Children are the envoys from the future”.

It means that they have potentiality beyond measure, which can change the world in a good or bad way.

It is like a knife; if you use it for cooking, it’s very helpful but if it’s for hurting people, it creates more problems. Education should be a direction post for it.

As far as I saw those kids, they were very different from those of my childhood.

I always hated unfairness, never had a dream. What I had was mostly jealousy. Meanwhile kids in the camp did not become sulky but had hope and dream.

Or maybe this is just because I want to believe so, but still, their smiles and eyes convinced me that they can be an awesome example of our impersonal society.

They reminded us of many things that we might have forgotten while we grow up. I wish people would not judge a book by its cover. 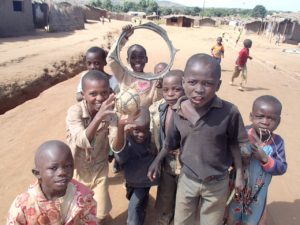