Japanese “Itadakimasu” is Not Actually “Thank You for the Food“!

Although “Itadakimasu” is often translated as “thank you for the food”, there are technically several meanings in it. This article explains what itadakimasu exactly means with its origins. 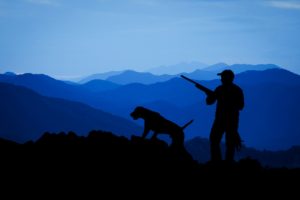 Itadakimasu is the polite word and it can be also used when you take something from someone. For instance, when your boss gives you an award at work, you can tell him “itadakimasu” at that moment.

Originally, when farmers and hunters harvested agricultural crops or hunted animals, they also said “itadakimasu” to appreciate foods. And then, in modern days, at the meal, we mean it as an acknowledgment that we take lives of animals and plants.

Traditionally, Japanese people believe that all creatures in the universe have lives. Although it may sound weird for vegetarians, it’s considered that plants have lives, just as animals do. Plants just don’t speak and walk, but certainly they get sick and die as well. 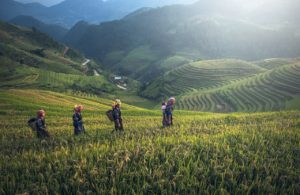 More surprisingly, in Shinto they call very large, old trees “Shinboku” which literally means “God Tree”, and they religiously honor them as you can see pictures below. They are normally tied by “Shimenawa”, which are sacred ropes.

What I want to say is that plants can also be holy stuff among Japanese people. It could be considered as more superior than animals and plants for some people.

Therefore, no matter what you eat, whether meat or vegetables, Japanese people say “Itadakimasu” meaning “I take your life” to the meal since they were once alive.

2. Appreciation for the Chefs 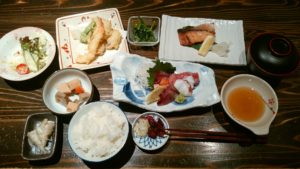 Another meaning of “Itadakimasu” is appreciation for the chef’s cooking and their time.

As I mentioned above, Itadakimasu is used for showing appreciation when you take something from someone. Cooking dishes consumes a chef’s time with a lot of work. Therefore, having meals means you are taking their time and hospitality as well. Even if you cook by your own, you can still appreciate yourself. It’s important to admit your own effort at some point.

The important thing, is that it really doesn’t matter how much time they spend cooking. Even if it’s instant foods, as far as someone (including yourself) gives time for your meal, it’s already a gift to be thankful for.

When it comes to saying thank you to the chefs, even after finishing meals, Japanese people still say “Gochiso-sama deshita”. It means that meals are precious and saying it shows appreciation for chefs again.

“Gochiso” contains two different types of kanjis. 馳 and 走 meaning “Running”. It implies that preparing all ingredients for the meals makes people run. In fact, once upon a time when there were no cars and supermarkets, people had to visit farmers, hunters, and fishers on foot to procure foods. This word comes from this background.

“Gochiso-sama deshita” is just one phrase, but it contains a lot of meaning and a deep background story.

In ancient times, Japanese people believed that any foods and drinks are the sacred gifts from God. Technically, several Gods such as God of mountains, God of sky, God of seas, God of grounds, and God of fires etc. And before they ate food, they offered it to the Gods.

This belief was led by the fact that sunlight, which grows plants, and rain, which gives water to the earth, are from the sky. The sky is higher than any mountains, which can be considered the top of everything.

When they offered food at shirine for example, the location where the food was set is also supposed to be higher than their heads. It is also said that this is the origin of why Japanese people started using the word “top” in the appreciation phrase.

Considering the above meanings, translate these in English:

“Thank you for the food.”

Being a translator between Japanese and English is not as easy as you may think.