Disclaimer: This article talks about dating Japanese men based on opinions of the Japanese dating foreign women. It does not mean what it’s written here applies to all of them.

Have you ever dated Japanese men as you are foreign girls?

Probably over 70% of foreign girls would say NO, because Japanese men are basically very too shy and polite.

Since I have traveled a lot and worked on translation jobs, I have had many opportunities to hear dating stories from westerners. I would like to give you some examples below.

My American female friend took weeks to just achieve holding hands with Japanese. Kiwi friend said they ended up being pen-pals. French lady was invited dinner several times but always just left after meals. Spanish girl got a phone number from a guy but he hardly wrote her back. I would like to write about their details here but I need to ask their permission to write online. If approved, I will. 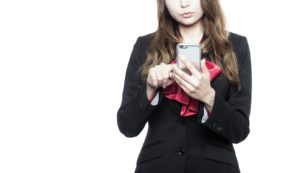 Japanese are basically shy, but moreover, many of them think that it would be rude to ask girls for their numbers at the first meeting. This is an evil effect of politeness.

They probably wonder if you have a boyfriend or not. However, they wouldn’t ask you straight away since it’s personal issue which is considered as impolite to talk about. What they do is trying to guess from the following conversations.

And then, if they manage to find out you are single, they might make the first step. Or they ended up keeping a certain distance in case you already had a boyfriend without knowing the fact you don’t.

Some are just afraid of being refused, even if they see you very very attractive and want to date. The more they like you, the more they are afraid of making the first step. This is also somehow from cultural issue.

Japanese language is much softer than English. It is spoken with respecting and considering other’s feeling so that saying clearly “No” doesn’t happen so often.

In stead, Japanese people try to speak mildly and compromise by using expressions in the middle way of “Yes and No”.

This makes Japanese speakers get used to zero rejections.

If you have ever watched Japanese drama, you could imagine how Japanese men ask girls out. Even asking out for dinner, it’s a big deal.

(FYI,  Line is mostly used as a communication app. It’s more common than Whatsapp in Japan. If you don’t have it, you would better download it here.)

They are afraid of making mistakes by speaking English or any other languages with you.

Some travelers would be told by Japanese “Sumimasen, Eigo Wakarimasen” (meaning “Sorry, I don’t speak English“) when they just asked “Excuse me?” or even just “Hello”.

In the worst case, even when you speak Japanese to them, they misunderstand you speaking English because of your appearance and walk away.

As there are only less than 2% of foreigner’s share in Japan (see statistics), regardless of teaching English for 3 year at school, Japanese people don’t feel that English is really necessary for daily life. Let me explain it bit more.

Nearly 50% of foreigners are Asians such as Chinese, Korean, Vietnamese and Philippine. Besides, many of them speak Japanese. It’s not easy for locals to recognize their nationalities, especially, if Asian looking people speak Japanese fluently. Therefore, actually less than 1% of people in Japan are recognized as foreigners.

Let’s see what is going on in Japan on this video. It’s exaggerated though, it has a point.

In addition to that, over 50% of foreigners are living in big cities such as Tokyo, Osaka, Kyoto, Yokohama and Nagoya. It means that foreigners which are less than 1% of population in Japan are living in the rest of hundreds of cities.

Otherwise, you would better start learning a bit of Japanese (read “How to learn Japanese language quickly“).

Now you could imagine how hard Japanese men get used to speaking English.

Summarizing those above, let’s say “girls need to have balls which they technically never have”. 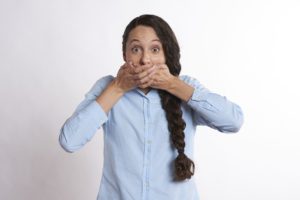 Even if you love sarcasm, let’s keep it behind until you get in a relationship with him.

Although sarcasm exists in Japanese, it’s much softer than English. It is used among old friends and families.

When Japanese make sarcasm, they mostly make fun of themselves but not others unless they are comedians. Japanese sense of humor is little bit unique.

There is another old TV program. This guy wearing wig and skirt (character name is Lisako) makes fun of his bad English accent. I hope you understand what words he tries to pronounce like corner, promotion video, universal studio, crane and camera etc.

Those kinds of humor are what Japanese like. As you can see, Japanese humor can be obsequiously seen as jokes.

On the other hand, western sarcasm is somehow twisted. And sincere Japanese men tend to take it as it is. It might hurt them or they might think you are just mean.

It happened to me when I had a meeting with Asians and Westerners. Let me talk about it.

There was an evacuation drill at construction site around lunch time. When a guy was having lunch, the emergency alarm came out for the drill. Everybody around him knew it was for the evacuation practice as usual but this guy didn’t. So he got panicked and choked on noodles. Luckily there were many people around him. And his colleagues helped him.

This incident was reported at the meeting and the safety officer said “What a good practice!”. And then, only westerners were laughing a lot but the rest of people (Asians) simply worried about the guy choked.

Even they kept talking about it for few more minutes that noodles also evacuated well and so on. This explains the difference of sense of humor between west and east.

However, there are many ironic jokes in Japanese too. Don’t be so negative to make sarcasms but just choose softer ones for beginners.

Next page: what if late?