Are the cliches that foreigners have about Japan true for Japanese ?

This article talks about 15 cliches if it’s true or false.

Disclaimer: Everything written here is based on personal point of view. Therefore some facts may not suit your experiences and/or expectations.

FYI: What is cliche? 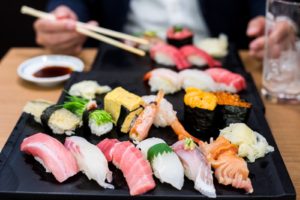 This is not a cliche. Japanese do eat sushi. It’s very popular among foreigners as well.

While any shopping malls and even convenience stores in Japan sell sushi, there are not so many kinds of sushi.

Conveyor Belt Sushi Chains such as Sushiro, Kurazushi and Hamazushi are more recommended. Because they have more kinds of sushi and it’s cheaper (from 1USD for 2 pc of sushi), yet higher quality.

You may have thought that sushi is always very expensive. It’s wrong.

In Japan, due to the cheap price and great varieties, it’s actually very handy for parents of young kids. Thus, Japanese people grow up with sushi being a common meal.

For that matter, some say that sushi just “rice and fish”. Salad is actually more complicated food to prepare. 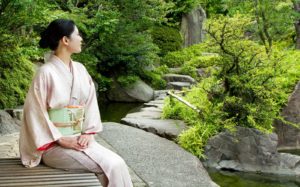 Regarding to kimonos, it’s not so true because some girls wear Kimono once or twice in their lives and that’s all. They are extremely expensive.

But as for yukatas, it’s true.

Most foreigners are not even aware of the existence of Yukata. They are basically the cheap version of kimonos. People wear them especially during summer and go to join summer festivals and enjoy fireworks.

There are some differences between kimonos and yukatas. If you are interested in it, you can read more about it in this article “6 ways of yukata date“. 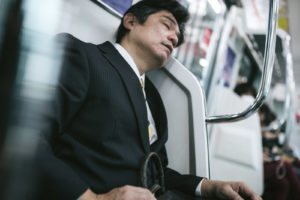 Japanese people work very hard and can be qualifies as workaholics. Let me give you 3 examples.

Case 1: Waiting for a boss leaving

First, many Japanese are under weird habitat, which is that they can’t go home until their boss leaves the office!!

That’s because it may offend their boss or they may think that you are not motivated, unless you are the salesperson who keeps bringing a lot of profit.

Some workers wait for their boss to leave or tell them not to mind him and go home. This habit/tradition forces Japanese workers to work longer.

In the past, Samurai had a certain discipline called Bushido, Japanese chivalry.  They also highly respected people who are older or higher positions. Perhaps, Bushido is somehow still alive in a different way?

Second, the company gives them too many tasks to be finished in a delimited time.

The worst job I ever heard of is being school teachers, especially, at junior high school. Teachers cannot exceed 8 working hours by law excluding lunch time.

Normally lunch time is 1 hour so they need to stay 9 hours at school. However, most young teachers need to take care of club activities (extracurricular activities) because public schools don’t have enough budget to hire coaches from third parties.

Club activities take 1 hour or so almost all weekdays. After that, they have to check homeworks, mark exams and talk with parents if necessary. Some teachers work on those tasks on weekends as well at home.

Case 3: Giving up on holidays

The last one is that it’s very hard to have paid vacations.

With those circumstances I mentioned above, Japanese workers tend to give up their right for vacation.

The more days off they take, the harder they have to work. They are afraid of paying a higher price after the vacation.

In the worst case, some nasty bosses evaluate those who take paid vacations and enjoy spending relaxing time on the beach very bad. And workers who want to get promoted end up forgetting about vacations.

Next Cliches:  Sake is not Sake?