Who am I? – Bilingual blog

This blog shares what surprised me or would be surprising to you, mainly, about travel, lifestyle, language and investment.

As the first article on Surprisingme.com,  I would like to share my poor life I had been through since my childhood and the later better life as how I got out of poverty and why I made this site.

I wish my blog would be profitable for you. 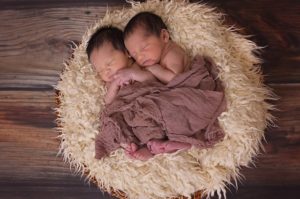 I was born as the first of  twin brothers.

Soon after our birth, we both confronted death. The reason was  the disease Pyloric stenosis.

Pyloric stenosis is an uncommon condition in infants that blocks food from entering the small intestine.  Souce: MAYO CLINIC

Months after birth, we had invasive under general anesthesia. Due to this surgery, it’s believed that our heights are hard to grow up by doctors or just parents?

In fact, if we wear long T-shirts (XL size) from UNIQLO, our shoulders and arms feel very tight even though we are only around 170cm tall. My youngest brother (the third and final sibling) who had no surgery, is over 185cm tall and with the same shoulders and arms as ours.

Surgery was completed successfully and I grew up without knowing that having twin is something special. Instead, it was annoying to me.

All the snacks that our parents gave us were always divided by two, any toys were used in turns, people mistook me for my twin, etc. The worst thing was to be compared with him in everything we did, all the time.

“The big brother can calculate faster than the other.”

“The little brother runs faster than the other.”

People checked the differences in height, build, eyes, the shape of our faces, clothes, voice etc. No matter what we were or  did, we were always compared by people.

They might not have meant to be nasty to us. They may have simply tried hard to identify me and my brother not to make a mistake.

However for me, it was like everything was to be evaluated by society. There was no guilt between us as brothers, but having a twin was a headache sometimes. My twin felt the same, I guess.

Fortunately, this gradually changed for some reason.