Cliche 7: Geisha can be found everywhere in Japan 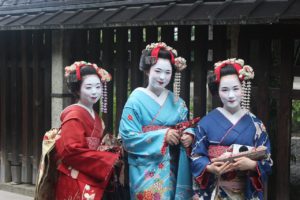 A long time ago it might have been true, however, nowadays it is really difficult to get a glimpse at them.

Being a Geisha is considered traditional Japanese art and they can be only found in touristic areas where Geisha shows are produced.

But can only Japanese be Geisha ?

Nope, even foreigners can be.

As a matter of fact, as of now, the first foreign geisha is Liza Dalby from America. She worked on the movie named “Memoirs of a Geisha” as a consultant.

We have actually never known who the first foreign geisha is since Okinawa did not belong to Japan long time ago.

As for Chinese or Korean orphans, they might have had become Geisha unknowingly.

Cliche 8: Everything is high-tech in Japan 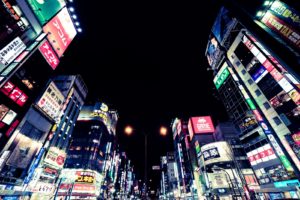 Everybody knows the worldwide electronics companies such as Nintendo and SEGA. Every year, their games attract many foreigners- mainly men- around the world.

Japanese toilets and bathtubs are also worldly famous and look quite futuristic to some Westerners.

If you are a taxi driver, please don’t get mad at Japanese customers when they forget to close the door. Because it’s automatic in Japan and they are not used to doing it manually anymore.

One thing which is not automatic but has been the norm is that when you lose your property on the street, somebody brings it to the nearest police station.

I lost my wallet 3 times and my motorbike key twice. All the time, I got them back from police within a few hours.

If this particular part of Japan interests and fascinates you, there is an experiment made by Red Cross that shows how Japanese kids react when they see someone dropping his/her wallet. 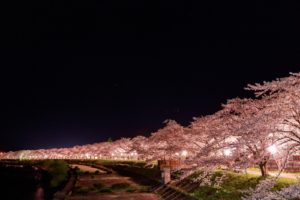 True, only during a certain period.

This very beautiful flower, emblem of Japanese elegance and refinement, can be found in any cities, especially riversides. You don’t miss cherry blossom festivals during the season.

That’s the time of the year when friends and families go out in their yukata/kimono to take photos and spend precious time together.