Remarks : One of the largest cryptocurrency exchanges in America, known for dealing with only trustworthy currencies. Therefore, there is less chance of bankrupt than other exchanges, which means that Coinbase is highly trusted by users. In fact, once Coinbase started dealing with BCH, its rate obviously increased. To put it the other way around, if you keep cryptocurrency that Coinbase might deal with in the future it will brings you a lot of profit. If exchange goes bankrupt your asset will just disappear, hence,  you’d better keep your cryptocurrency at secure exchange, USB type wallet or other types (go down this article).  You can register for “Coinbase from here“.

Crytocurrency : BTC only one cryptocurrency

Remarks : LocalBitcoins is a person-to-person bitcoin trading site. You can trade BTC with other holders directly from all over the world with your rate. It means that users including you put the price on their BTC and buy or sell it. Their mission is to connect everybody to Internet economy. The profiles of users who you may deal with is open to all users. Basically, it’s written in English and their mother tongue.  You can register for “LocalBitcoins from here“

Remarks : Run by EXMO Finance LLP. Their token named EXO (see whitepaper) is going to be listed in April of 2018. Support is available for 24 hrs. There is a chat platform next to the chart and you can communicate with other traders in real time. There might be information that makes you a winner. You can register for “EXMO from here“.

Remarks : Run by BITPoint Japan Co., Ltd.. Principal shareholder is Remixpoint. The first cryptocurrency exchange that implemented MT4 cryptocurrency trade in Japan. Trading system was developed by former CTO of Rakuten Securities, Inc. and principal management team is organized by only Japanese including former Commissioner of the Financial Services Agency. Therefore, BITPoint security is as good as stock companies. For Japanese users it’s Coinbase-like trustworthy exchange. If you have Japanese bank account and residential address, you can register for “BITPOINT 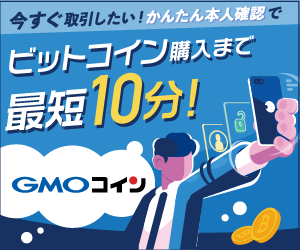 Remarks : Technically, GMO Coin is different from the exchange. Normally, the amount of the lowest rate is always changing, thus, if you make a maker order by referring to the lowest rate on a board, a contract price can be higher than you expect. On the other hand, GMO Coin enables you to trade at exact price as it is shown on the board. Fees for transactions are also free. You can register for GMO Coin from the banner ↓↓

Next page: Where is the SAFE?

Karate practice at self-made dojo in the middle of

日本の心 Japanese beauty When I left Japan, I